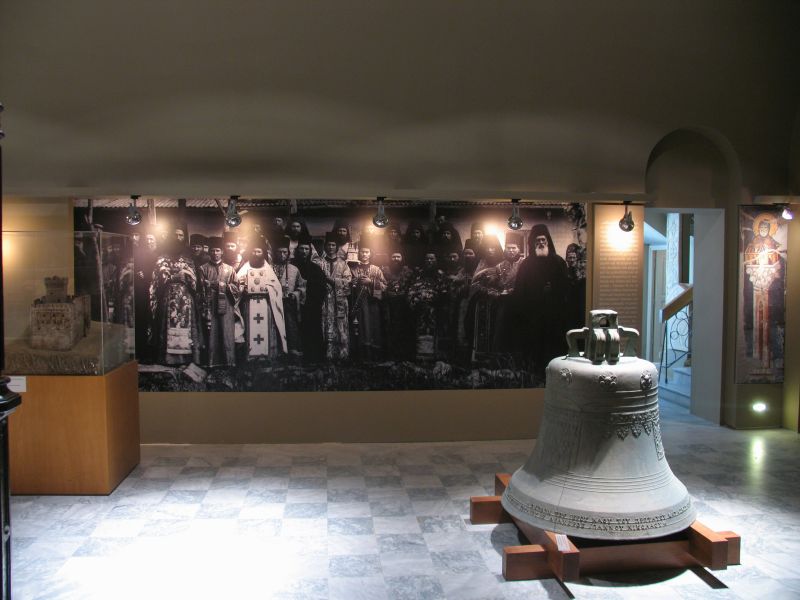 The judicial center of Karees existed as a place of gathering and protection for the valuable objects of which the written works in particular have a great historical value upon which the most important governing rules of the Athonite Community are laid, as well as questions regarding the arrangement and appropriate borders for the respective monasteries and their bestowed land on the peninsula and basic questions in relation to the political and ecclesiastical leaders, etc.  The most important written work is the first typikon of the Holy Mountain by Emperor Ioannis Tsimiskis (972), which Saint Athanasios also signed as abbot of the Great Lavra, which he founded.  It is preserved in the original form on parchment and is named “Tragos”.

Saint Dimitrios in the iconography of the Holy Mountain

The exhibit took place within the framework of the Dimitria, on the occasion of 1,700 years since the martyrdom of the patron saint of the city, and was placed among the events of the city, municipality and the Holy Metropolis dedicated to the memory and expression of honor and gratitude to the saint, protector and liberator of our city.

The Mount Athos Center took the initiative to display, in cooperation with the Photography Museum of Thessaloniki, on the premises of the Museum, a segment of the archive of photography of Fred Boissonas concerning the Holy Mountain.  The photographs that were presented at the exhibit comprise a representative selection from the two missions of the Swiss photographer to Athos in August of 1928 and October of 1930.

With a wealth of more than 100 photographs, the well-known photographer George Poupis presented the procession of the miracle working icon “Panagia Portaitissa” (Mother of God –the Gate Keeper), which takes place every Tuesday after Pascha at the Holy Monastery of Iviron on Mount Athos.

Manuel Panselinos from the Holy Church of the Protaton 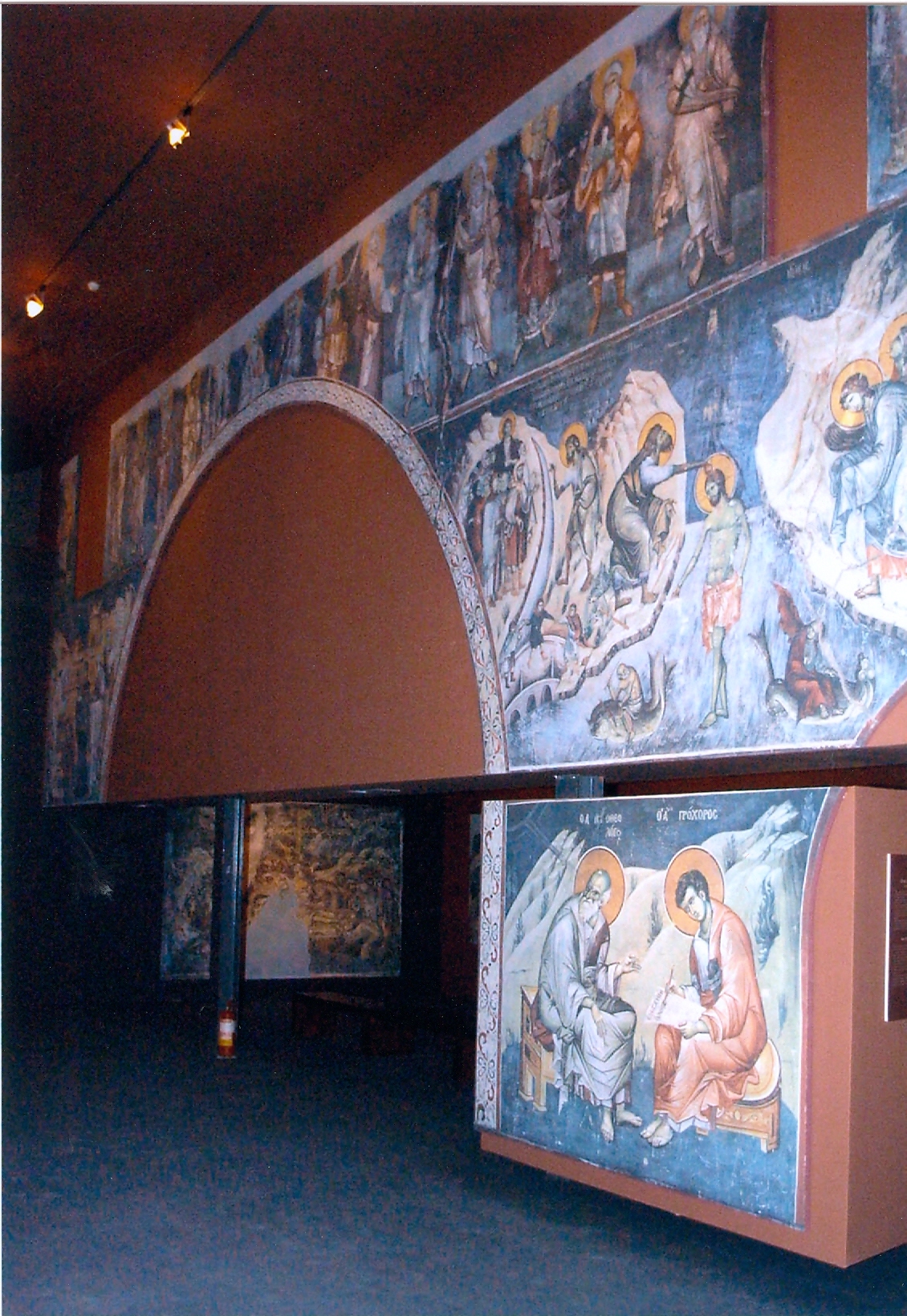 On April 5 of 2003 in building C of the Port of Thessaloniki the exhibit “Manuel Panselinos From the Holy Church of the Protaton” was opened, which the Mount Athos Center organized as part of the exhibits of the “Cultural Olympics”.