4th Scientific Conference / St. Nikodemos the Hagiorite and his Era: 200 Years since his Repose 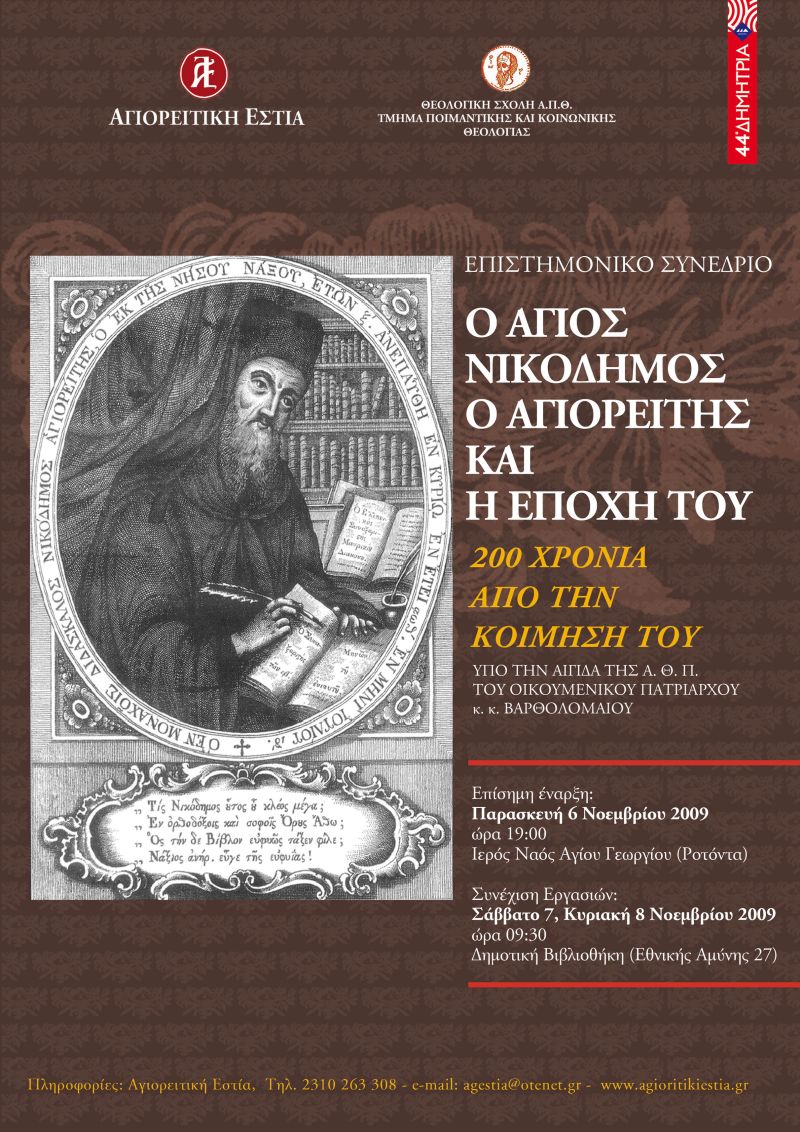 This commemorative conference on the theme ‘St. Nikodemos the Hagiorite and his era: 200 years since his repose’ belongs to the group of conferences that have examined various periods in the history of the Holy Mountain. Devoted to the life, work and theology of St. Nikodemos the Hagiorite, one of the most important figures in the recent history of the Church, and perhaps the most prolific Athonite writer, who played a decisive role in the Philokalic Renaissance and the promotion of the neptic tradition. Some of the papers presented at the conference examined and evaluated the work of St. Nikodemos within the historical context of his time. 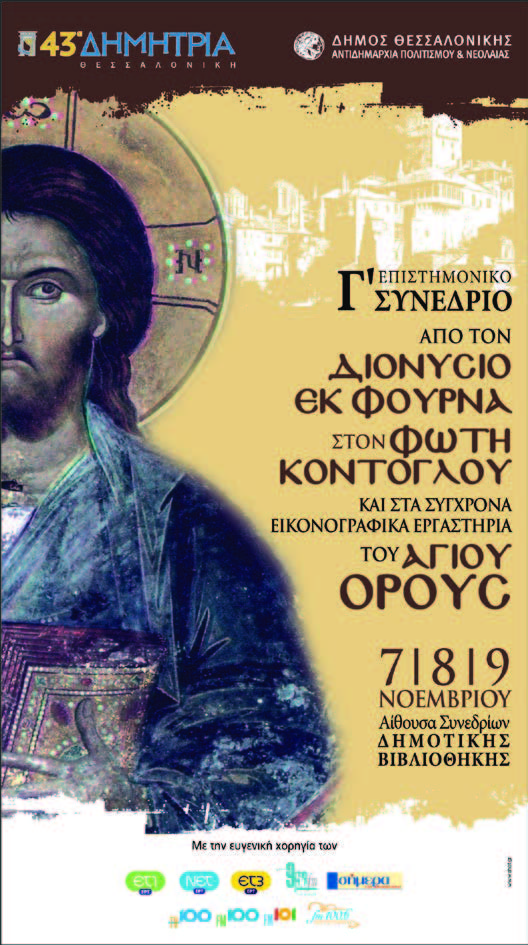 This conference, which was devoted to the subject of art, focused on artistic currents and painting between the time of Dionysios of Fourna and that of Fotis Kontoglou and the contemporary iconographers’ workshops on Mount Athos. The papers dealt with the art of painting on Mount Athos from the 18th to the 20th centuries and the following subjects in particular: the tendency to return to the art of Panselinos; the great painters, such as Dionysios of Fourna, the Galatsianoi and the Nazarene painters; the synthesis of tradition and elements of Western painting; the influence of Russian art; the establishment and operation of iconographers’ workshops on Mount Athos, and the ideological conflict between tradition and modernity, in which the influence of Fotis Kontoglou played a major role.

Evidence of foreign travellers visiting Mount Athos first appears in the early 15th century and, as a phenomenon, travels on Athos witnessed a sharp increase during the 19th century and early years of the 20th century. These travels were very often carried out with a special purpose (mainly the collection of manuscripts) or in order to satisfy the travellers’ curiosity or personal concerns or provide answers to their spiritual quests. The scientific papers presented at the conference dealt mainly with how the Athonite monuments (katholika and other building complexes), the artistic treasures and the libraries were viewed by the foreign travellers and also by Orthodox visitors, with their different perspective. There were also a number of presentations on the cartographic and photographic representations of Athos.

1st Scientific Conference / Mount Athos: The Grandeur of the Protaton. The Diachronic Contribution of Karyes. 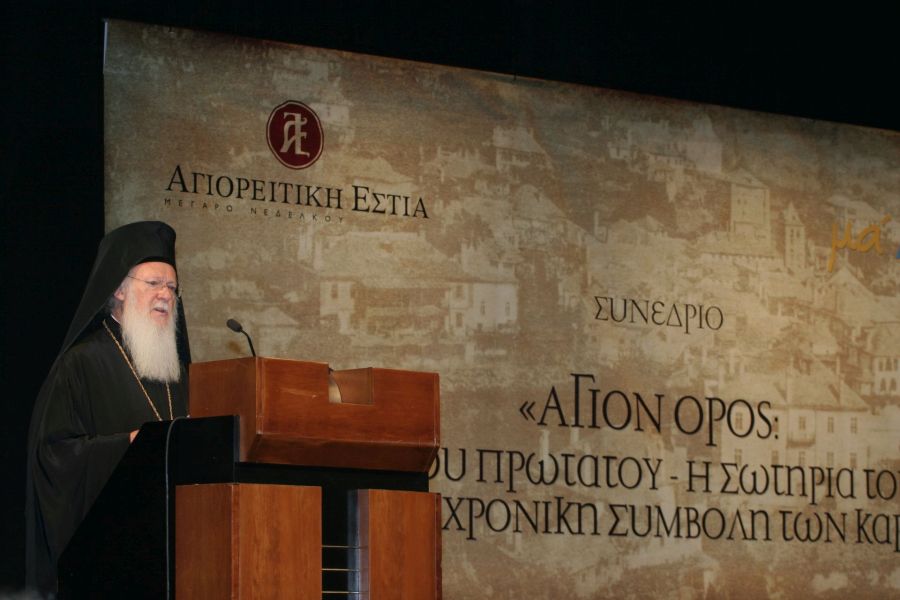 Alongside the ‘Mount Athos: Treasures of the Protaton’ exhibition the first scientific conference dedicated to the Protaton was organised. The conference explored the Protaton’s dual role as the administrative and spiritual centre of Mount Athos and as a church, a centre of worship for the whole of the Athonite monastic state. A large number of the papers presented at the conference focused on the history of the Protaton, its architecture and its monumental paintings – the work of Manuel Panselinos, a leading painter of the Palaiologan era. Of especial importance were the papers that dealt with the problems, and proposed solutions, regarding the conservation and restoration of both the church and its wall paintings.